Leftwin has recently posted articles critiquing the politics of The Oppertunities Party. Wellington based activist Ben Wylie-van Eerd wrote this response and asked this blog to cover it.

‘Neither Left Nor Right!’, TOP proudly proclaims in its communications. ‘Just what works’. ‘Evidence based’. But what does it really mean? This has been a source of much confusion, and not just from the left. Certainly they have some unambiguously good policies, such as their commitment to increase the refugee quota immediately to 3000, to half the rate of imprisonment (from 210 to 114 per 100,000) by 2027, and to strictly follow our climate change commitments.  But it’s not universally good news for the working class from TOP. How should we understand or categorise what TOP wants? There’s an easy way and a hard way to answer that. The hard answer is to read all of their policy positions, and gradually build up a picture of their principles. But that’s hard work, and can be imprecise even when you have the background to assess policy. Then there’s the easy answer: TOP is a right-wing party. Ha, probably not where you thought I was going with that huh?

The identities of the left wing and the right wing in politics are forged on the factory floors of the industrial revolution. Steeled by their experiences and their reading of Das Kapital volume 1, workers began to organise. (edit- the author notes that this history is not accurate, and the workers movement predates Marx) They held strikes and go-slows and other industrial tactics in order to struggle for better working conditions and a greater slice of the profits. By and large, it is this struggle – That between workers and bosses – that still defines the left-wing and the right-wing. We can see that TOP is not on the side of workers in this particular struggle. A minimum wage of roughly $20 per hour (the “living wage”) would still deliver a net of about 2 billion NZD into the hands of workers at the expense of business owners, even taking into account those whose jobs are predicted to be lost [http://www.treasury.govt.nz/publications/informationreleases/ris/pdfs/ris-mbie-mwrw-feb17.pdf]. Nevertheless, TOP opposes the living wage.

So, not a left-wing party. Why then does TOP work so hard to avoid the right-wing label? One can always posit that it is simply a cynical subterfuge, But I don’t think this is the case. I have spent a lot of time with the people involved in TOP now. I have heard how they talk unguardedly amongst themselves, and they really do see themselves set apart from the existing right-wing – from National, ACT, the Conservatives. On what basis? Well, TOP certainly speaks out loudly against the conditions of those with low incomes in New Zealand, and against policies such as housing which unfairly benefit the haves at the expense of the have-nots. None of these are things which the established right-wing (or for that matter Labour) would touch with a ten foot pole. And indeed, if one analyses their policies, most of them do end up benefiting the working class. How can we reconcile this with their clear stand in the minimum wage issue? 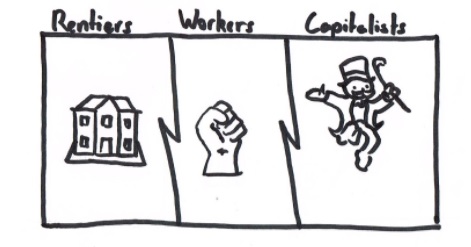 Figure 1: The surplus product (not to scale)

My answer to this is that there is more than one battle line in the struggle to control the surplus value/profit. A bafflingly enormous amount of the surplus at the moment is eaten up by housing, ending up in the hands of either the landed class or of the financiers. Either way this is monopolistic, rentier activity. It hurts workers directly, by taking away from their discretionary income. But it also hurts bosses because higher rents in the end force higher upward pressure on wages – their part of the pie decreases. Keep in mind though that the working class doesn’t see a cent of these wage increases. They merely catch a whiff of it as it speeds in and out of their bank accounts. TOP’s strongest stance of all its policies is to aggressively tax land and other capital. TOP is also strongly against anyone polluting our waters or atmosphere without paying for the damage that they cause, a policy which attacks capitalist class power and punishes businesses who seek to socialise environmental losses.

So where does that leave us in the end? What I see The Opportunities Party truly being is the long-term pro-business party. Their vision of the future has been expressed by Geoff Simmons, and by Gareth Morgan, and it is a capitalist one. This means their class interests are to be anti-worker, and also anti-rentier in those struggles where they confront either of those groups. But there’s more than one way to be pro-business! And from the policies they are taking into this election, it is clear that they are committing their forces to the rentier battle line, and calling for truce on the workers/bosses line. Because of this, TOP to me represents an offer of a class alliance between businesspeople/petty-bourgeoisie and the working class (at least in this election). I have decided that I want to take them up on that offer. I think that it’s important to build alliances if we are to take on the established privilege, and it’s not just temporary sympathy for workers which causes TOP to join this fight. Our natural class interests do line up in this case. We should never forget that we are opposed to TOP in the workers/bosses struggle, but nor should we forget that they will join with us in the workers/rentiers struggle. I see room for co-operation on some issues so long as we remember with whom we are dealing. I don’t support all their policies. But frankly, I would far rather be negotiating with TOP than with National. Or, for that matter, with Labour. So I have been working with them to help them be represented in NZ Parliament.

So that’s my view of The Opportunities Party, and why I support them. They do not represent us, but they are offering alliance with us. And seeing as nobody appears to committedly represent the working class in this election, I have decided to give them my party vote. Particularly if you are considering not voting, then I really want you to consider giving TOP your party vote instead. If they fail to reach 5%, then it will be the loudest protest vote you can cast, and it will even probably be seen as a left-wing protest vote by the majority of the country. If they get over 5% and get in, their policies will benefit workers and attack rentier class power. Finally, if you’re lucky enough to live in Wellington Central I strongly encourage you to give your electorate vote to Gayaal Iddamalgoda from the migrant and refugee rights campaign.

3 thoughts on “The left wing case for TOP”