Across the country Labour has just put up thousands of billboards. From the one end of the country to the other, a smiling face of Andrew Little is winking at passing motorists. Beneath the neat smile and clean suit, a promise- “A Fresh Approach”. 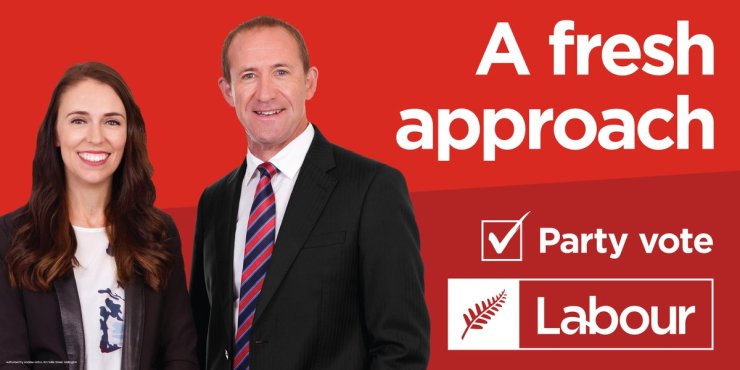 And now he is gone.

Responding to poor polling, the Labour party has turfed out its leader.

As you read this hundreds of volunteers will be ripping down those billboards, which are now a cruel joke- a reminder of the crisis the Labour Party finds itself in.

Such a waste of time and money, so close to the election. Precious resources that should be going to convince New Zealanders that an alternative is possible.

But here lies the root of the problem. Those resources should have been going into building an alternative, but were they?

Not really. Instead, they are bending over backwards to look like a responsible government that can take over seamlessly from the current team.

This can’t be inspiring. For decades wages and incomes have stagnated, housing affordability has grown into a national crisis and our health system is straining to provide care. Globally, radical ideas and alternatives are on the rise, but not here. Providing an alternative means having a comprehensive and radical plan to deal with these issues.

In having this leadership spill, Labour is fighting the symptoms not the cause. This internal shake up can only make these problems worse. Not only are Labour not offering anything new, now they look factionalised, and desperate for a quick fix.

The problem isn’t the front-man, its that Labour is trying to play the same shitty cover songs.

Even if there is a temporary bump from Jacinda’s “likeability”, a smile and a new set of billboards won’t cover over the long term problems with direction for the Labour party.

For a real alternative, the Left the need only look to the Greens and Metiria Turei’s recent stand on Welfare.

The Greens spurned political common sense. They threw out conventions and spoke directly to the reality of tens of thousands of kiwis. They didn’t seek to be respectable, but sought to be real. And if polling is anything to go by, it resonated.

The left needs to fight for a change in government, and to do so we should fight for Ideas. Change won’t be won with fiscal responsibility pledges, but by pushing the boundaries of what’s possible. We need to win people to a different idea of society. This is overdue, but there is no shortcuts.

Fighting for ambitious goals within communities, campaign groups and unions puts us in the best place to lay the groundwork for real change. Change won’t be won within the circus of the beehive, but by building a popular momentum for change.